Emmitt Andrew Holmes came to British Columbia in the 1940s from Saskatchewan and was the only black member of the Vancouver Local of the International Woodworkers of America (IWA Local 1-217) when he joined in 1944.

Holmes incorporated his trade unionism with black activism in Vancouver for a period spanning many decades.

Emmitt Holmes was a heralded amateur softball player on several teams in Vancouver, including the IWA in the Major Men’s League. During the 1950s, Holmes represented IWA Local 1-217 at provincial and international union conventions.

As an IWA delegate to the Vancouver Labor Council, Holmes became a member and chair of the Joint Labor Committee to Combat Racial Discrimination, a role he held for 14 years. He composed a letter to the daily newspaper encouraging “co-operation and universalism in the value of man” as opposed to “belief in competition, class [and] race”. (Vancouver Sun, 13 Dec 1951)

He joined other activists, including members of the Brotherhood of Sleeping Car Porters, fighting prejudice against black people in BC.  The Committee lobbied the province and city government for housing and employment equality.

Holmes conducted research to show discrimination faced by blacks; he would answer advertisements from landlords and employers first by phone and then in person, recording instances where a vacancy disappeared when a black man arrived on the doorstep.

When black longshoreman Clarence Clemons died in 1952 following a beating at the hands of police, Holmes attended the inquest, and said the policeman involved (whom he knew from his baseball days) was “lying through his teeth”. (Rudder, 105) The uproar following the Clemons case led to Holmes becoming a founding member of the BC Association for the Advancement of Coloured People in 1956.

Emmitt Holmes gave credit to the labour movement for their early support of his efforts on behalf of blacks; but was also willing to be critical when he felt it necessary.

In 1966 he lamented that “labor is only giving lip service to human rights. I am not convinced that labor’s own constitutions are not discriminatory”. (The Province, 21 Mar 1966)

But, “it was largely due to the efforts of labor pressuring the provincial government in the 1950s that fair employment and fair accommodation practices legislation became a reality.” (Vancouver Sun, 22 Mar 1971)

By the 1970s, Emmitt Holmes was employed by the federal Manpower agency as an employment counsellor, rising to Branch Manager, where he continued to speak about race issues and the role that labour had in promoting human rights. He died in 2005. 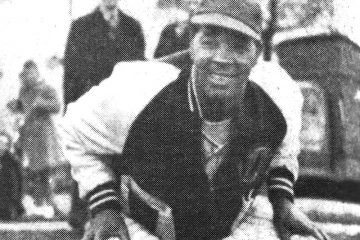 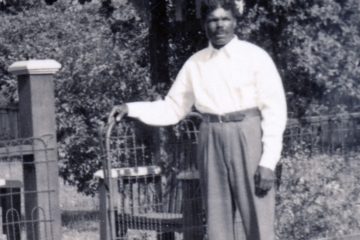 by Rod Mickleburgh Research by Donna Sacuta and Bailey Garden Esi Edugyan may have won the 2018 Giller Prize for her novel about the astounding exploits of Barbados-born Washington Black, but the story of William Read more…