Lloyd Edwards immigrated to Canada in 1953 from his birthplace in Trinidad and Tobago. After obtaining a degree from the University of British Columbia he became a teacher and eventually became active in both his local union and the BC Teachers’ Federation. Edwards’ father had been a teacher and a union activist in Trinidad/Tobago so Edwards’ inspiration for taking a leadership role in his union had early roots. Forty-five years ago on February 15, 1974 over 1,000 Surrey teachers left their classrooms, boarded buses and traveled to Victoria to protest education under-funding and increasingly large class sizes in their fast growing district. They were led by their local president, Lloyd Edwards who, along with his executive, had mobilized Surrey teachers to take this unprecedented action in a matter of days.

A significant result of this action was to trigger an agreement on that very day, February 15, 1974, between the BC Teachers’ Federation and the Dave Barrett NDP provincial government that would see the staged reduction of class sizes in BC over the next three years. One result of this was the hiring of between three and four thousand additional teachers over the next five years.
It is very timely to acknowledge the role of Lloyd Edwards in our province’s labour history and to celebrate his contributions during Black History Month.
Categories: EducationStrikes
Tags: black historySurreyteachers 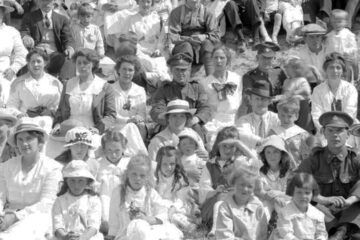