Henry van der Wiel first came to Prince Rupert in 1963 to work on a fish boat, and relocated permanently in 1966. He eventually bought his own gillnetter. When he became a member of the United Fishermen and Allied Workers Union (UFAWU) he had never belonged to a union before. He had been fired from a job in Houston, B.C. for trying to organize a union at the sawmill where he worked. Henry sat on the UFAWU General Executive Board for many years, and was also an organizer for the union for a brief time. In this interview we learn about his involvement in the bitter 1967 strike, union politics and the many challenges faced by the fishing industry over the decades. He shares a harrowing story of almost drowning—and being rescued by another boat— while fishing off the west coast. 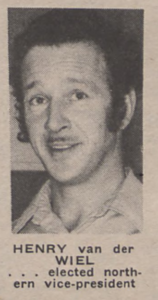