(excerpted and adapted from On the Line: A History of the British Columbia Labour Movement by Rod Mickleburgh) 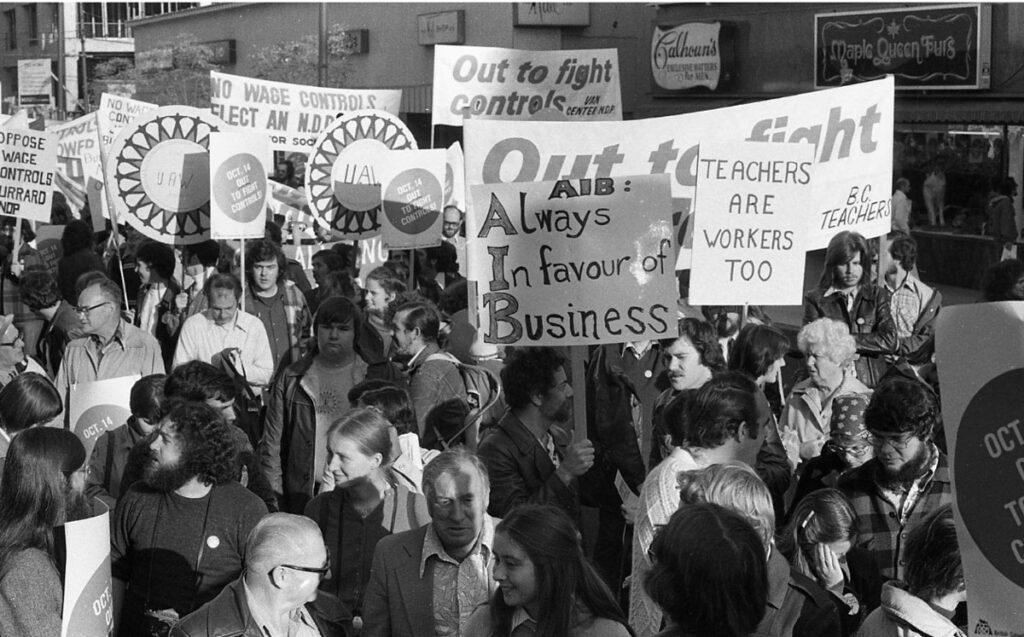 On Thanksgiving, October 14, 1975, fretting over sky-high inflation and soaring wage increases, Prime Minister Pierre Trudeau announced Canada’s first peacetime wage controls. Although prices were also to be controlled, wages were the chief target. Over the next three years, pay raises were to be limited to 8, 6 and 4 percent, with an annual upward adjustment of 2 percent allowed for productivity and catch-up.

After two years of generous increases, workers were now handcuffed to a third-party tribunal, the Anti-Inflation Board (AIB). The heaviest government intervention in the economy since the end of World War II, controls were aimed directly at unions and their members. It was far easier to limit wage increases than prices.

Adding to the sense of betrayal was Trudeau’s strong opposition during the 1974 election to the very wage controls he was now imposing. His anti-wage control stance had drawn working-class NDP votes from across the country and catapulted the Liberals into a majority. 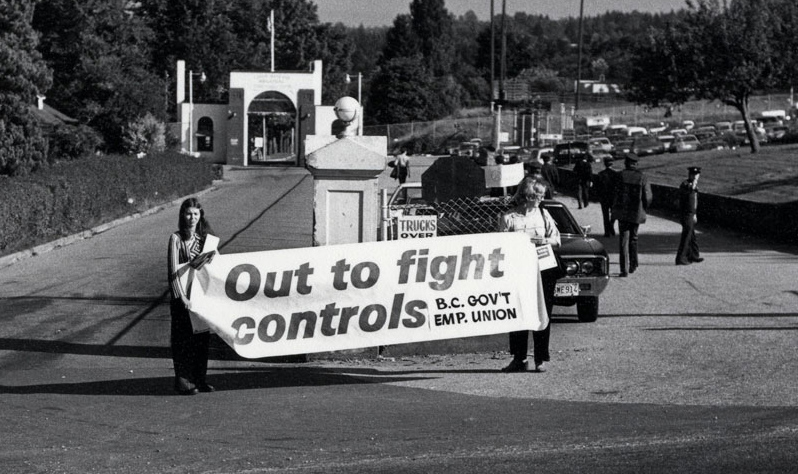 In BC, the program had an immediate impact on workers. The International Woodworkers of America (IWA) had escaped controls by the skin of their teeth, accepting the $1.55/hour wage increase already on the table, plus a few modest improvements, just days before the program was announced.

Supermarket workers were not so lucky. Wage controls forced them to accept a settlement that was significantly less than what they had been offered before they went on strike. 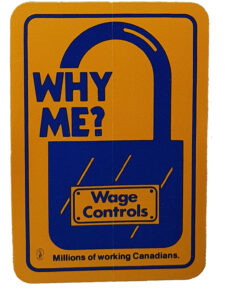 Union leaders were livid at the program. A labour war chest of close to half a million dollars was quickly raised to fight controls, Why Me? buttons were ubiquitous and information seminars were held across the country. Unions were advised to negotiate as if controls did not exist.

At the CLC convention in May of 1976, delegates voted overwhelmingly to endorse a plan of action that included a first in the arsenal of the national labour movement: a general strike or strikes “when and if necessary.” Plans were set in motion for a one-day general strike on the first anniversary of wage controls: October 14, 1976.

Many predicted the protest would be a flop. Undeterred, labour leaders continued to organize and plan for their wage-control D-Day. In BC, labour got a big boost on the eve of the strike when LRB chairman Paul Weiler sent shockwaves through government and the employer community by rejecting their application to have the walkout declared illegal. Weiler concluded that the planned action was political and not designed to improve wages and working conditions. Therefore, it did not meet the definition of a strike under the province’s labour code. 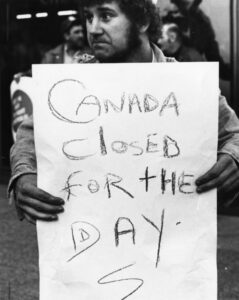 As October 14 dawned west of the Rockies, wheels of production in the province ground to a halt. The public sector was quiet too. Nearly 200,000 BC workers answered the call to strike.

The forest industry went down. So did the mines and the waterfront. Buses and ferries didn’t run. Garbage piled up for a day, and phones went unanswered in government offices. Normally humming construction sites were silent. No presses printed the Vancouver Sun and Province, though the Fed granted dispensation to their reporters so the day would not be covered by non-union employees. 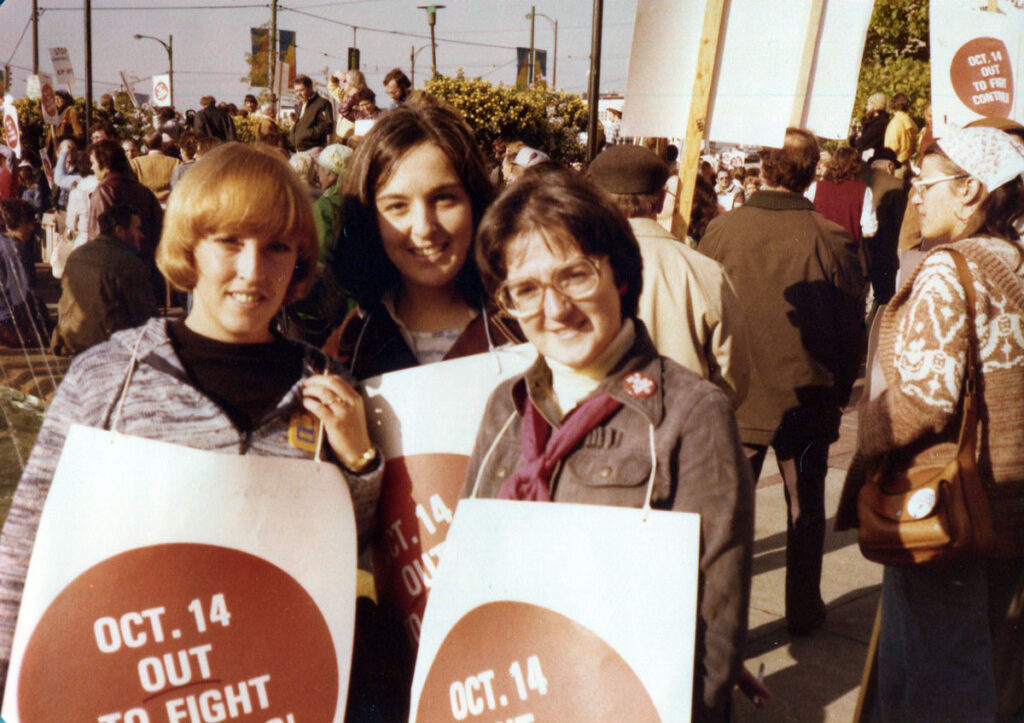 BC Federation of Labour files

Downtown Vancouver streets had never been so deserted on a weekday. The walkout was capped by a march and boisterous downtown rally attended by more than 6,000 good-humoured workers. Similar walkouts and marches took place from Fort St. John to Victoria.

To the surprise of many, the 24-hour national general strike—the first in Canadian history—was a resounding success. Although labour leaders vowed to continue the struggle, this was the last arrow in their quiver. If anything, the strike’s impressive show of strength had served as an outlet for labour anger. After running its three-year course, wage controls died a quiet, natural death. 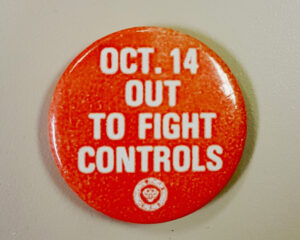