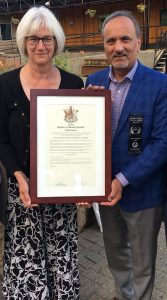 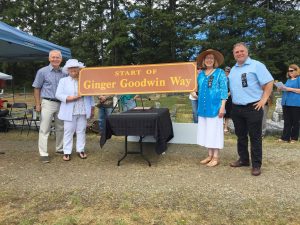 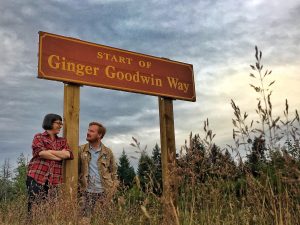 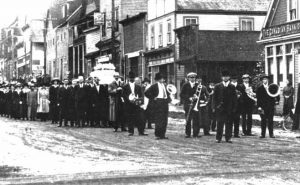 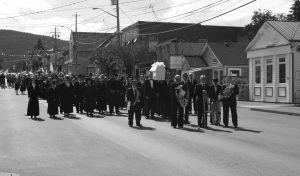 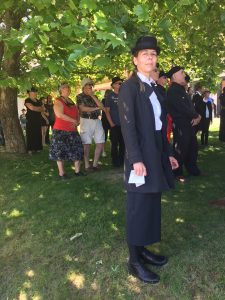 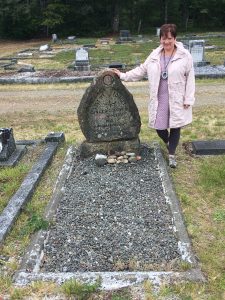 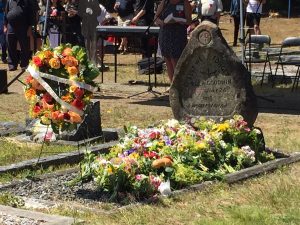 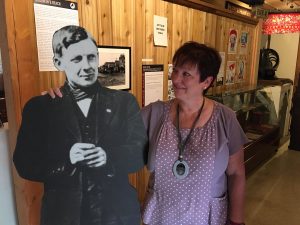 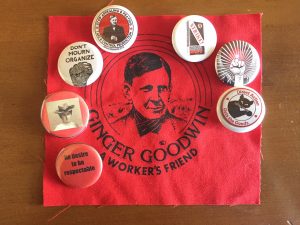 by Joey Hartman and Karen Ranalletta

100 years ago, 31-year-old labour organizer Albert “Ginger” Goodwin was shot and killed by special police constable Dan Campbell as he hid in the hills above Cumberland, BC. Goodwin and others in those hills were evading conscription to WWI – a war he considered unjust and unnecessary.  He had previously been rejected for the army due to poor health, but declared fully “fit for combat” when summoned a second time.

Upon news of his death, the community and broader labour movement were outraged, convinced that Goodwin had been murdered for his union activism and persuasive socialism.  The labour martyr’s funeral procession was over a mile long, and his death honoured with a one-day general strike in Vancouver.

For the last 33 years, the community has gathered for Miners Memorial weekend to commemorate Goodwin’s death and recognize so many others who lived, struggled and died in the coal mines of the area.

The BC Labour Heritage Centre was well represented June 22 – 24, 2018 which focussed on the centennial of Goodwin’s death. Board members Karen Ranalletta, Joey Hartman, Aaron Ekman and Kari Michaels, were there, along with former board member Irene Lanzinger. Several BCLHC volunteers also enjoyed the weekend.

A full three days of activities offered workshops, guided walking tours, graveside vigils, music, theatre, and opportunities to make buttons and make a silk-screened image of Goodwin. Participants learned not just Ginger Goodwin’s story, but also many stories of his contemporaries and the political context of the time.

This event was a great testament to the people of the Comox Valley who respect the importance of working people’s history. They remember those workers who died for their rights, who were political targets and who did not fear the boss. As Goodwin wrote before the two-year Great Coal Strike began in 1912, the workers were forced into “terrible conditions” by a “class of parasites (that) has been living off the blood of the working class.” Miners and their families, evicted from company housing, were forced to live in tents for 23 months and faced starvation. The government responded by sending militia forces to assist the bosses, and a trainload of dried beans for the strikers.

We too, remember, and appreciate the opportunity to be part of Miners Memorial. 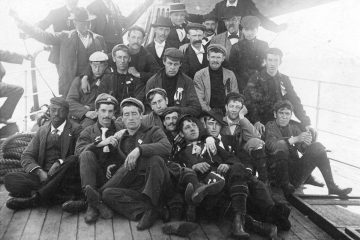 Written and researched by Donna Sacuta JANUARY 18, 1893: A light snow fell on Nanaimo harbour. The British steamer Bawnmore – a coastal freighter carrying a non-union crew – was anchored at Esplanade Wharf. The Read more… 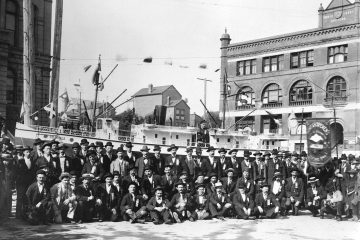 by Bob McDonald This article is reprinted from the May 2019 Vancouver Historical Society newsletter. Bob McDonald, one of BC’s leading historians, passed away on June 19, 2019. This image is from a Labour Day Read more…